Personality and Characteristics of the 12 Astrological Signs – Libra: 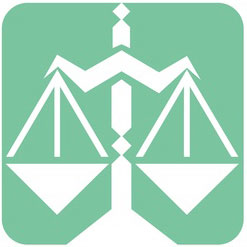 The seventh sign of the zodiac, Libra the scales, is a cardinal air sign. Libras are known for being charming, social, and elegant. They are often tactful and sophisticated. Libras are especially good with words, whether speaking them or writing them. They tend to be non-confrontational and amiable.

Libra, along with the zodiac sign Taurus, is ruled by the planet Venus. Here, the planet tends to express love and friendship by communications. Most Libras are highly social people, and they can be quite glib. The Libra is always refined and cultured, at least below the surface. A person born under this sign naturally adapts to different surroundings, and can absorb another signs personality with no problem.

These skills make the Libra a natural for a career in mediation, fine arts, and any occupation requiring “people” skills and personal persuasion. A Libra makes for an excellent artist or designer, with the flair for design and aesthetic appeal. Libra signs usually will go out of their way to avoid dispute or discord.

Libra women, like the men, are almost invariably married at least once in their lifetimes. The Libra female is almost always attractive, by either natural or artificial means, or by both. Libra women prefer their men to be quite like themselves, elegant and cultured. Libra women will spend top dollar on their appearances, although most of them strive for an unforced look. They will usually limit the jewelry they wear to just a few expensive but understated pieces.

The Libra male loves luxury as well, and will only frequent the better restaurants in town. He may be slow to make up his mind or to make a choice in romance and sex. Libras are always striving for balance and equilibrium, so they can be quite indecisive. They will choose a car that is elegant but not too garish.

Subtle good taste is a hallmark of a Libra of either gender. They can be insincere with their ability to tell others what they want to hear. Libras will sometimes lose themselves when they’re in a relationship and focus only on their partner. Geminis and Aquarius are very compatible signs to a Libra. Most Libras are highly creative and have a flair for the arts. They are never blunt and greatly prefer not to make any waves.

A Libra boy or girl will often be a member of several after-school clubs. Libra children will often work on collaborative projects, or as a player on a sports team. As parents, Libras tend to indulge their children and encourage them to develop strong social skills. Libras will seek symmetry in whatever they do, and are very aware of social etiquette.