Personality and Characteristics of the 12 Chinese Astrology Signs – Dragon: 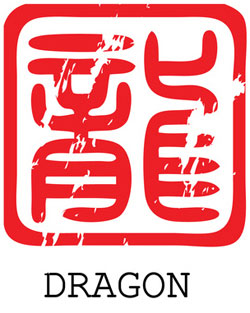 The Dragon is the most powerful sign on the Chinese Zodiac. Master leaders and gifted with intelligence, their power is unequaled. Dragons are perfectionists and aggressively determined. They will set their sights on a goal and work tirelessly to achieve it. Dragons can be irritable and stubborn but are very wise and are sought out by all others for their advice and wisdom.

Dragons are not necessarily social creatures, but when they enter a room it immediately begins to buzz. They carry such strong self-assurance and authority that it is impossible to ignore them. Dragons do not take well to orders, unless they are the ones giving them to others.

Chinese Dragon signs will find great success in any field they choose to work in. They carry an aptitude for medical, scientific, political careers alike and will do equally well in any of them.

The Dragon woman is a tough lover. While she will never have an issue having many admirers, the female Dragon is so self-reliant and capable she almost finds no reason to need another person in her life at all. If the Dragon woman does manage to find someone to love, she generally has such high expectations of him or her that they are placed on a pedestal, which they cannot hope to hold. The good news for the Dragon woman is that her ego is so strong, she will never have a broken heart; she is better off without them in her mind.

The Dragon woman requires constant attention and has no patience for anyone who has shortcomings in her book. The female Dragon is very honest and will do anything to avoid altogether those who are dishonest. She is known for her enticing beauty and is often the center of attraction, outshining all other signs on the zodiac for women. The Dragon woman is queenly and blessed with a wide array of perfect physical assets.

Dragon males are usually quite expressive in sexual situations and consider it a further form of personal freedom. To this end they are generally more open to unusual experiences than other signs. It can be very difficult for the male Dragon to find true love as their tremendous egos will usually never be satisfied.

The Dragon man is known to have an army of admirers yet few if any true friends. He sincerely believes he is infallible and cannot be or do wrong. This may often hold true in life as well as physical ability as Dragon males are naturally unusually strong and athletically gifted.

The Dragon man is quite emotional and sentimental with those he cares for. He is very pleasant usually, but even a perceived slight can send him into a terrible rage. The male Dragon will also carry a grudge far longer if not forever against those who cross him.

Men born under the Chinese sign of the Dragon are aristocratic in appearance. Tall, well built with power muscles and shoulders, they walk slowly and deliberately, never seeming to be in a hurry to do anything. Men of this sign are known to have thick hair, dazzling eyes and long eyelashes, matched with a grin and laugh that allure everyone alike.