Personality and Characteristics of the 12 Chinese Astrology Signs – Rabbit: 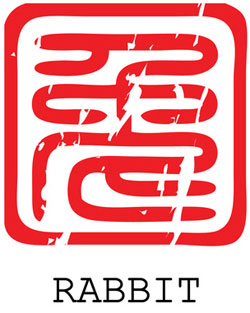 The Rabbit is a fragile, kind and sweet person. Always popular, Rabbits make for great friends and companions. The Rabbit loves art in all forms. They will fill their lives with music and artwork created either by themselves or by others. Chinese Rabbits will also express their artistic passion by their wardrobe, often buying many expensive and beautiful clothing options for themselves.

Rabbits are very empathetic and emotional people. They prefer a quiet life with a peaceful atmosphere. Rabbit signs may cry often, as they can easily be moved by others personal situations. This also makes them easy to convince, and Rabbits will generally buy into sales pitches much easier than others.

The Rabbit is sensitive and thin-skinned. Rabbits may take insult to comments about them not intended to offend. Similarly, they will tend to dwell on things in their head, over-thinking and analyzing everything before acting. This can be good in business as they can think deals through carefully.

The Rabbit woman is overly cautious, and seeks emotional security and companionship over all else. In order to be intimate the Rabbit must be secure in her relationship and any threat to it may signal a cease in the lovemaking. She is fond of secrets, only sharing her secrets with one person who is very close to her.

In a relationship, she sets up distinct and definite criteria for her mates. The female Rabbit will accept nothing less than perfection. Once she has selected her companion, the Rabbit woman will mate for life, however it is nearly impossible for her mate to make her “knees go weak” as she is not a particularly affectionate companion.

The Rabbit woman enjoys company, but believes the best part is when they go home, so she can enjoy time with her mate. The female Rabbit does not want a large family and the mothering impulse is usually non-existent.

The Rabbit woman is usually well mannered and elegant, but carries a sharp tongue. She is fond of humor that is sarcastic and verges upon insult. Be warned that especially the female Rabbit excels in the mental manipulation of others and will often use others to server her own ends.

Men Rabbits take their time before entering a physical relationship. They prefer an emotional bond before undertaking a physical one. Once that arrangement has been satisfied, Rabbit men are an extremely passionate companion. The male Rabbit is considered quite conservative in bed, and anything considered kinky or imaginative will be an instant turn off.

The Rabbit man is very in touch with his feminine side, being tidy and well-dressed at all times. He is not interested in fathering children and like his feminine counterpart is considered quite superficial. The male Rabbit’s greatest threat is clothing, usually spending heavily on clothing even at the expense of not being able to sustain livelihood.

The male Rabbit is an introvert, spending hours dwelling on examining his every move and thought, endlessly feeling like perhaps he could have done things better in a given situation, and secretly self-chastising themselves. The Rabbit man is also very touchy and easily hurt, reacting to others opinions of him harshly. Usually he will keep these reactions to himself and begin the spiral of introversion over again.