Personality and Characteristics of the 12 Astrological Signs – Pisces: 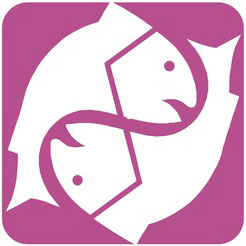 Pisces is ruled by Neptune, the planet of water and of mysticism. Those born under the sign of Pisces make for great psychologists and counselors due to their ability to understand others and their soft approach to emotional issues. They are under the dreamiest sign in the zodiac, and many Pisces much prefer to be around the water. It is common to find people with this sign in jobs involving water, whether as bartenders or working in the soft drink manufacturing business. They are self-sacrificing and kind and enjoy another’s input. A Pisces will listen and often heed good advice. They love and need to express themselves in their chosen career, whether it be in the arts, drama, music or elsewhere. Pisces signs can be surprisingly successful in any career that allows the Pisces self-expression.

Pisces women are especially sensitive. They tend to favor soft clothing in jewel colors such as teal and jade. They are not aggressive and find it hard to say no to anyone. Many women born under this sign have a large collection of jewelry, and many of them especially are attracted to pearls. Pisces females are hopeless romantics and will go to unreasonable extremes in order to please their mate. They are cautious but idealistic when it comes to sex and dating matters. Pisces women often like to stay home and cook a meal rather than go out to a restaurant. A Pisces woman likes a man that is sensitive as they are and shares their concern for others.

Men born under the sign of Pisces are no less idealistic in love and romance. They are often quite popular with the opposite sex because most Pisces men are both perceptive and intuitive. They tend not to show off but will hide their feelings if they get hurt. Both sexes will withdraw from the world for a short time when a relationship goes bad, give themselves a self pep talk, then go back into action.

Pisces are very compatible with Cancer and Scorpio, as the holders of the water signs all tend to have compassion in common. People born under the sign of Pisces often appear to be far away and deep in thought. Pisces signs tend to eschew doing mundane tasks like making a grocery list or writing down directions, and the details of everyday life often just appear to bore people born under this sign.

Pisces boys and girls seem emotionally advanced at an early age and exhibit unusual powers of perception. Children born under this sign need their personal space and opportunities for creative development. Often they do not do well in school because of their propensity to daydream. As parents, they are self-sacrificing and supportive in this role as they are elsewhere. Families comprised of Pisces tend to wing it and take things as they come. Many people born under the sign of Pisces show uncanny powers of perception, and are often taken as possessing psychic ability.