Personality and Characteristics of the 12 Astrological Signs – Aquarius: 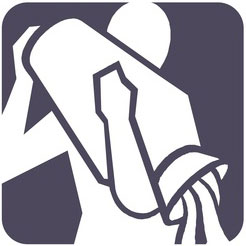 Aquarius the water bearer is the eleventh sign of the zodiac. It is a fixed air sign, and is most often associated with futuristic and innovative qualities. People born under this sign tend to be altruistic, generous, and eccentric. They will often act in unusual ways and are visionaries with an attraction to high technology.

Aquarius is ruled by Saturn and Uranus, the planet of eccentricities. For this reason, many people born under this sign are trend-setters and unorthodox. They have a penchant for the unusual and the off-beat.

People born under this sign are often found in metaphysics, alternative medicine, and any occupation that involves independent thinking. Aquarius often thinks outside of the box, and their take on many situations is often unusual and transforming. They particularly enjoy state-of-the-art technology and the unknown. They tend to think in sweeping, global terms and often have the ability to transcend and fuse one unrelated idea with another.

Aquarius women are often members and leaders of politically active groups. They are often attractive to avant-garde clothing, as well as art. They will often wear jewelry that has a metaphysical meaning, such as moonstones set in silver. Aquarius women will experiment with their fashion or anything else. They are often drawn to men with similar qualities as they themselves possess. They do not like to be bored or stifled in any way. Aquarius demands equality in any relationship.

Men born under this sign can appear to be so detached that they seem as though they are living in another world. Aquarius men will often be interested in vehicles that run on alternative energy sources, such as electric or hydrogen cars. Both sexes tend to prefer a cerebral relationship over one focus on sex or romance. Someone born under this sign will rarely argue before giving another’s viewpoint much consideration.

The other air signs of Gemini and Libra are very compatible with Aquarius. Mental activity and freshness are the main qualities an Aquarius admires and understands. This sign can sometimes appear to make magic happen, with their ability to connect the dots and to see far beyond the surface of things.

In their childhoods, Aquarius children show their natural curiosity from birth and appear to be quite unusual. They usually are heavy readers of science fiction and show an interest in space exploration and the sciences of the future. As parents, the Aquarius encourages children to be independent and self-sufficient and not to worry about blending in with the crowd. People born under the sign of Aquarius tend to think and act in leaps and bounds, and can jump from one idea to another. Of all the signs, Aquarius is the one that tends to live in and think of the future more than any other. Most people born under the sign of Aquarius have a strong humanitarian streak and are generous with their money to any cause that benefits humanity or animals.